Home / College of The Arts

After several years working as a filmmaker and producer, Phoebe Brown (B.A. ’04 M.F.A. ’09) found a new way to work with Atlanta’s booming show business industry and still chase her dreams.

movies and television shows shot during the 2018 fiscal year in Georgia, the no. 3 filming location in the U.S. after California and New York

fans, critics and auteurs who descend on the annual Atlanta Film Festival, one of the largest and longest running film festivals in the country – and based at Georgia State 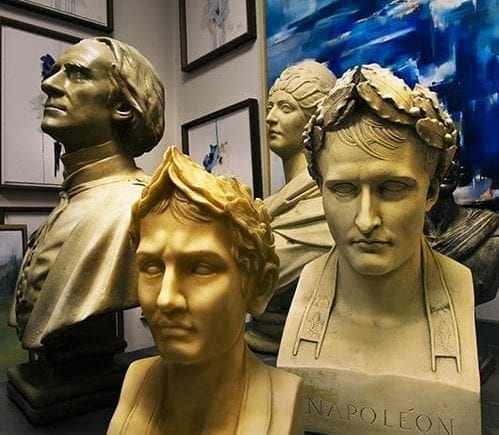 For artists with no shortage of skill or vision, getting ideas is rarely a problem.

Turning those ideas into a livelihood can be a different matter, however.

Others, such as filmmaker Phoebe Brown, have found opportunities in different places — the business side of art production. Together with business partner Eric Bomba-Ire, Brown tapped into Atlanta’s booming film industry to found ATLiER Props & Design, a full-scale props rental business catering to movie and television set designers and production companies.

The pair has carved out a successful niche business in Atlanta’s bustling filmmaking community. Established more than two years ago, ATLier now boasts a large warehouse packed with thousands of objects, modern and vintage, from furniture and art to appliances and esoterica.

How did ATLiER Props & Design get started?
Eric and I had both worked in art departments of film and television productions for about 10 years. We wanted to stay involved in filmmaking without having to work the punishing hours but with the flexibility to develop our own creative projects. When Eric had the opportunity to purchase a large inventory of props at a really great price, we jumped on it and quickly put the idea together. The name is a play on the French word for workshop or studio, “atelier,” but we spelled it “ATLiER” — putting the ATL in studio.

Before opening, we did some quick research on the competition and the big prop houses in New York and Los Angeles. We had a pretty short window before the market started to flood with production companies. The idea was to distinguish ourselves so we’d already be established by the time bigger and better-funded players came to Atlanta.

We were a bit naïve about how much inventory we needed to turn a profit, so we had to grow quickly, get creative and scramble to meet our customers’ needs.

We now have two employees, one who manages the warehouse inventory and another who helps with customer service and photographing our growing collection of props.

“The idea was to distinguish ourselves os we’d already be established by the time bigger and better-funded players came to Atlanta.”

“The idea was to distinguish ourselves os we’d already be established by the time bigger and better-funded players came to Atlanta.”

Walk us through a typical day at ATLiER.
We do a lot of work with designers or decorators who visit the warehouse during the preproduction period and take lots of pictures of what interests them. Weeks later, their buyers come in to make the final decisions and order what they want. So, it’s important to keep all those relationships solid and take care of their needs at all times.

Since it’s tough to plan between Christmas and mid-January when most productions go on hiatus, we’re also looking at ways to bring in business beyond film and television production. We added a stage rental space — which we plan to outfit with cyclorama walls — for events, music videos, photoshoots and other small-scale productions that need affordable space.

You’ve come a long way over the last two years. What lies ahead?
A lot of small businesses fail in their first year, so we’re really glad to be standing strong. We learned to look for opportunities wherever we can and to push through even when times are tough. We want to keep growing and adapting as we improve our customers’ shopping experience and make it better suited to handle their needs. Having thousands of small, unique items to catalog, advertise and make available can be a bit of a beast. So, in particular, we’re working on a better inventory management system and updating our website.

Tell us about the films you’re working on.
I’m excited about three very different projects right now. First, I’m producing and directing a documentary called “Shuktara,” which is about a group of abandoned children with physical and intellectual disabilities who live in a permanent family home in Kolkata, India. This will be my feature directorial debut, and I’m so excited to tell this story.

Third, Eric and I are developing a script for a feature film we’re calling “Jeliya” that focuses on Atlanta’s African diaspora and takes viewers on a journey through music. 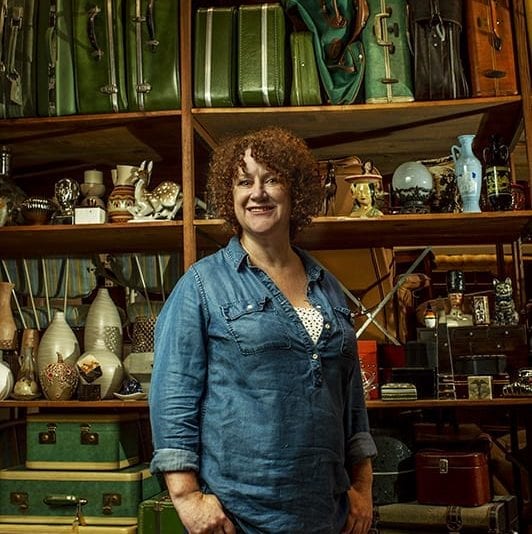 Phoebe Brown is an independent producer and seasoned film and television professional. She has worked as an on-set dresser for programs such as “Rectify,” “The Originals” and “For Better or Worse” and as an associate producer for The Cooking Channel, Investigation Discovery and PBS. The co-founder of the Cross Stitch Project, a media production program for teen girls in Kolkata in India and Atlanta, she also produced the feature documentary “The Founders,” which won the Atlanta Film Festival Audience Award in 2016. 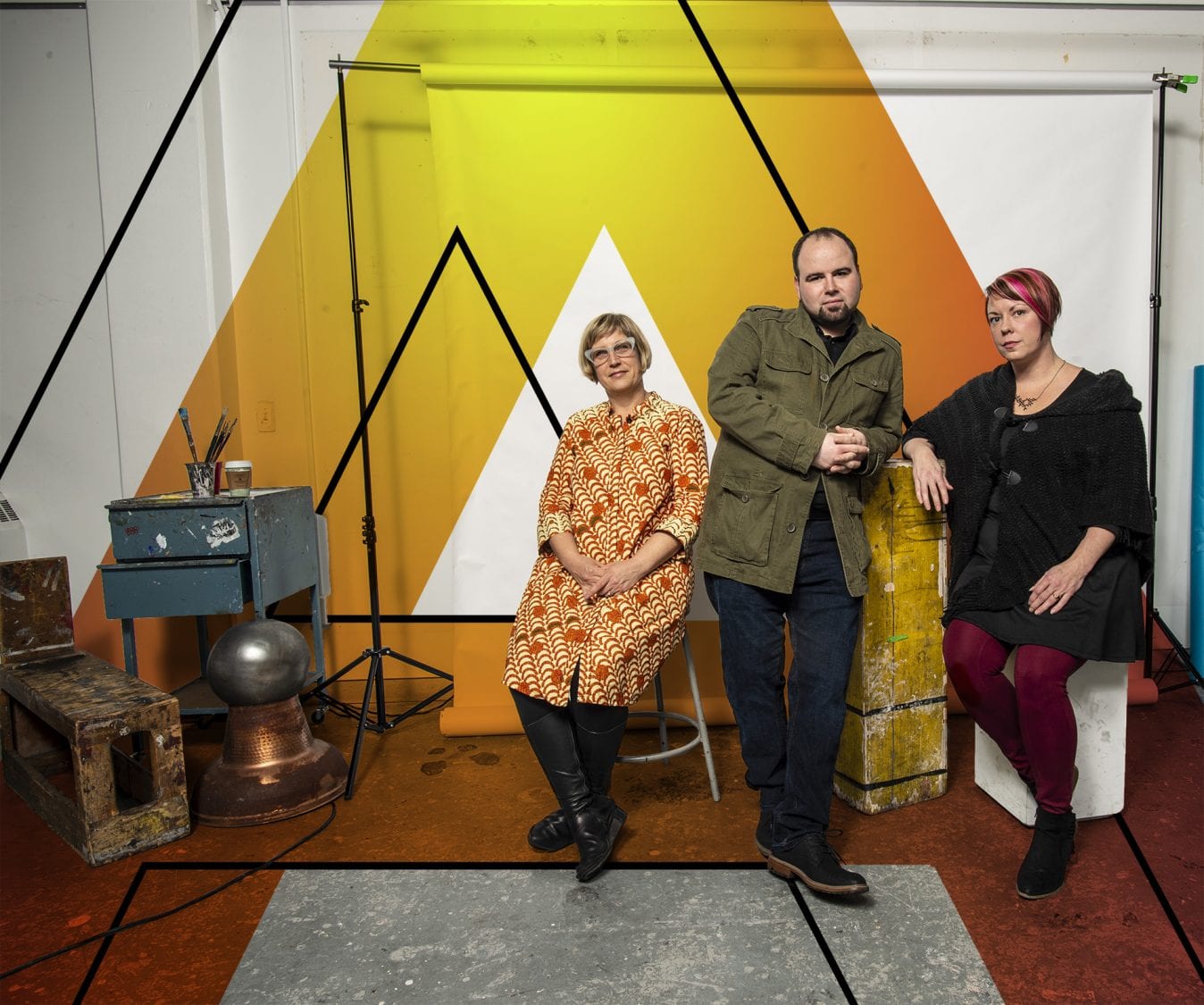 GLOBAL CITY
Faculty and alumni of the College of the Arts keep the city’s arts scene thriving.
BY TONY REHAGEN ♦ PHOTOS BY STEVE THACKSTON 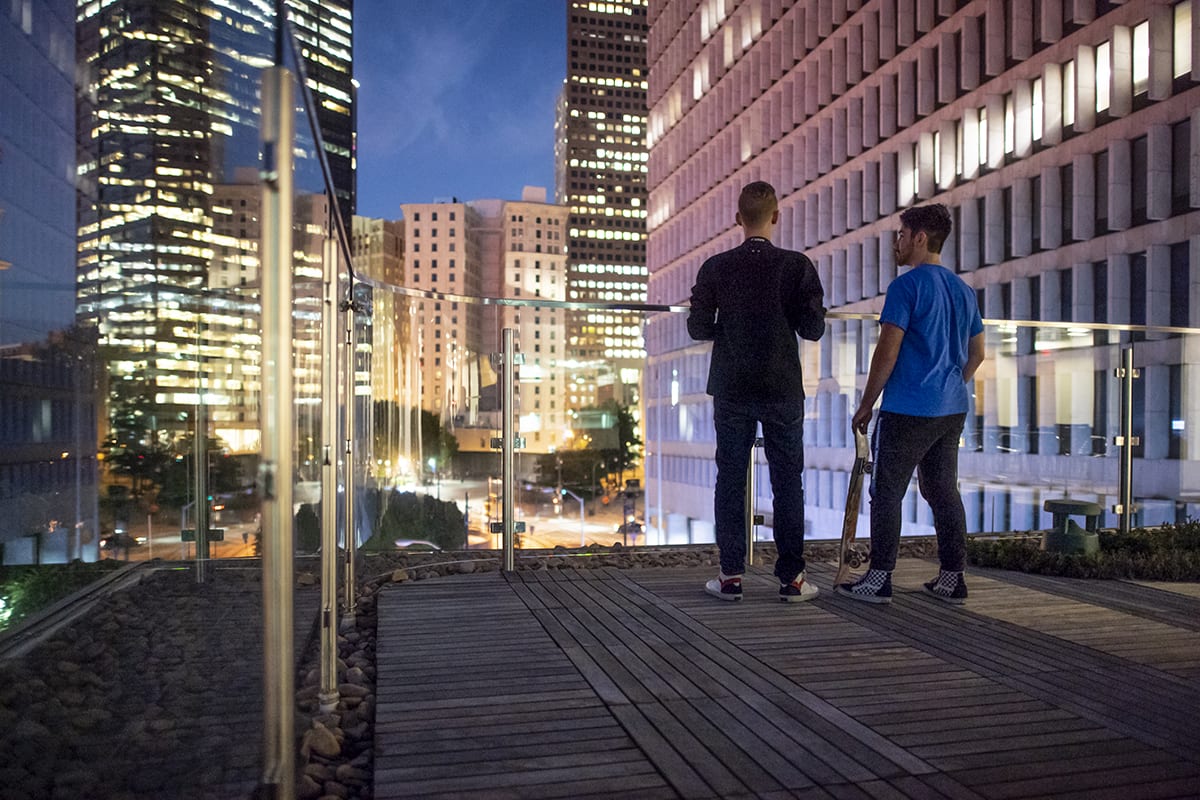 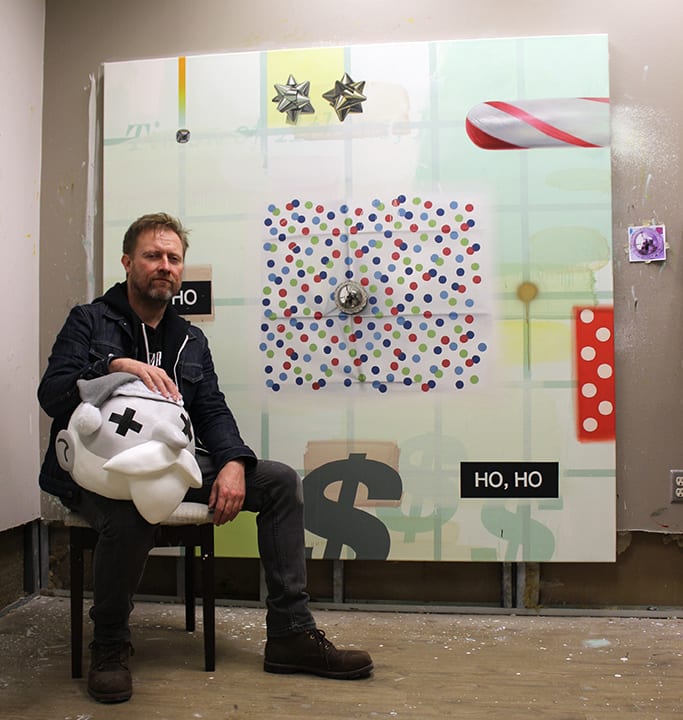